WHAT IS LASER LIPOLYSIS?

Laser lipo, or laser lipolysis, is a non-invasive procedure that is works using the same concepts as liposuction but is less invasive, less expensive, and less risky.

Is it safe?
There are no sutures or scarring after laser lipo. Instead the doctor simply attaches two to four paddles and a strap to the area to receive lipolysis. The paddles have a laser light that penetrates into the shallow area of fat and breaks it down. The fat cells “sweat,” or release water, glycerol, and fatty acids that is then absorbed by the body. The patient can aid this process by doing cardiovascular exercise and drinking plenty of water.

What can patients expect?
Most sessions last about 30 minutes, and while many patients receive up to two treatments per week for five weeks, there is no obligation to do so in order to see benefits. Laser lipo’s cost can be fit into the budget of the patient, rather than being a huge expense because of the nature of the procedure. 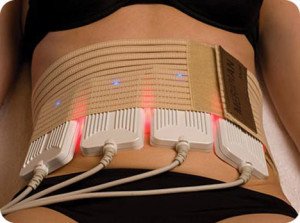